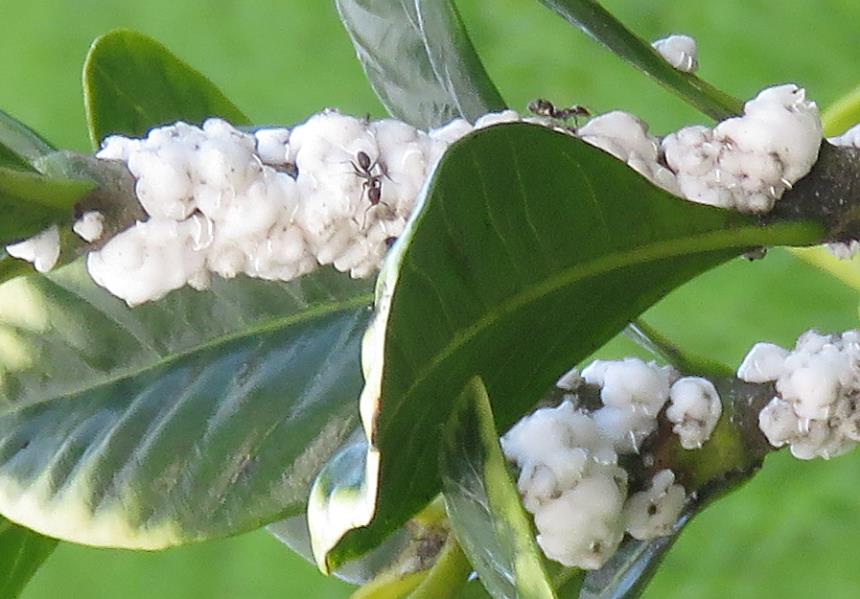 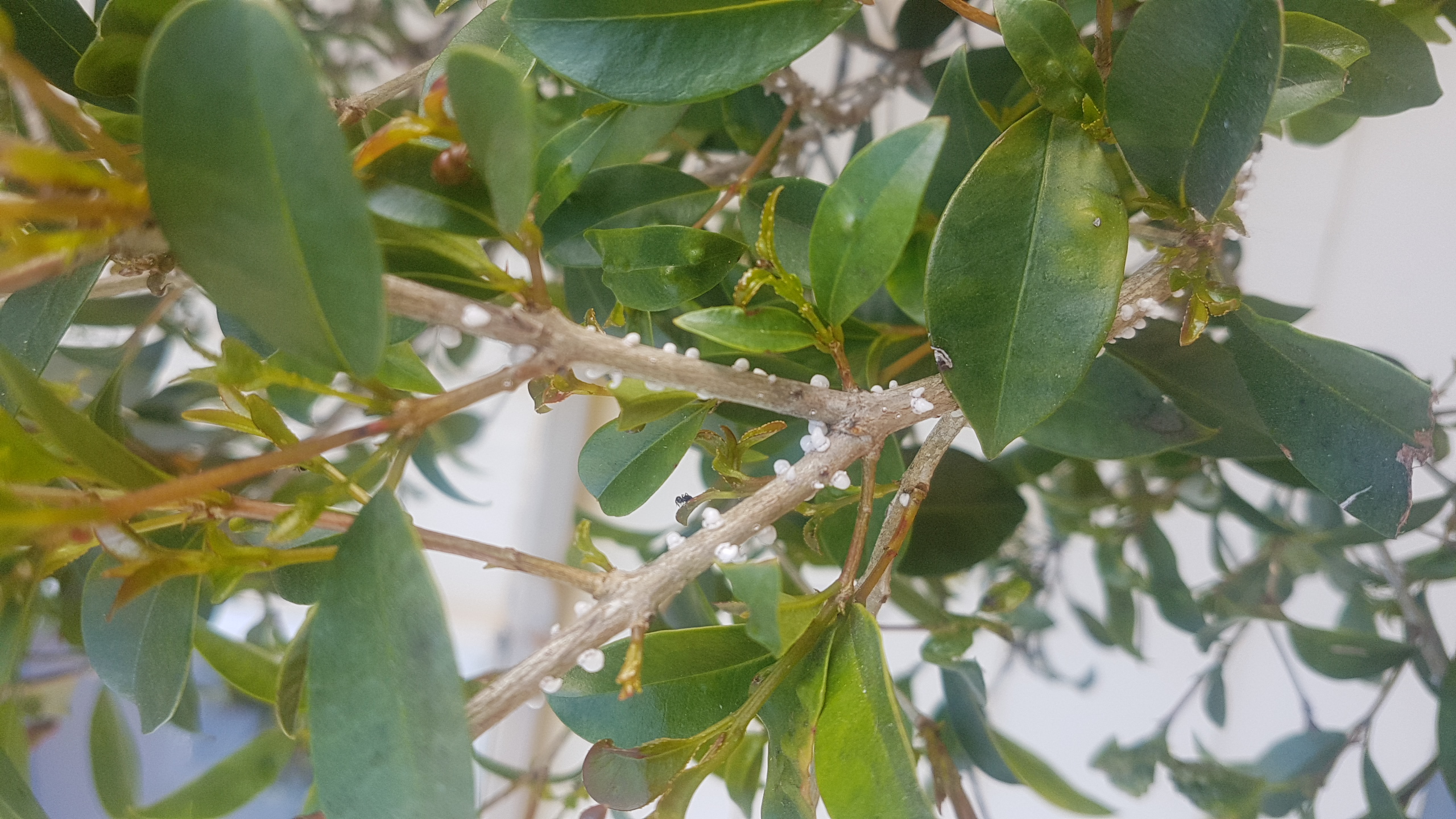 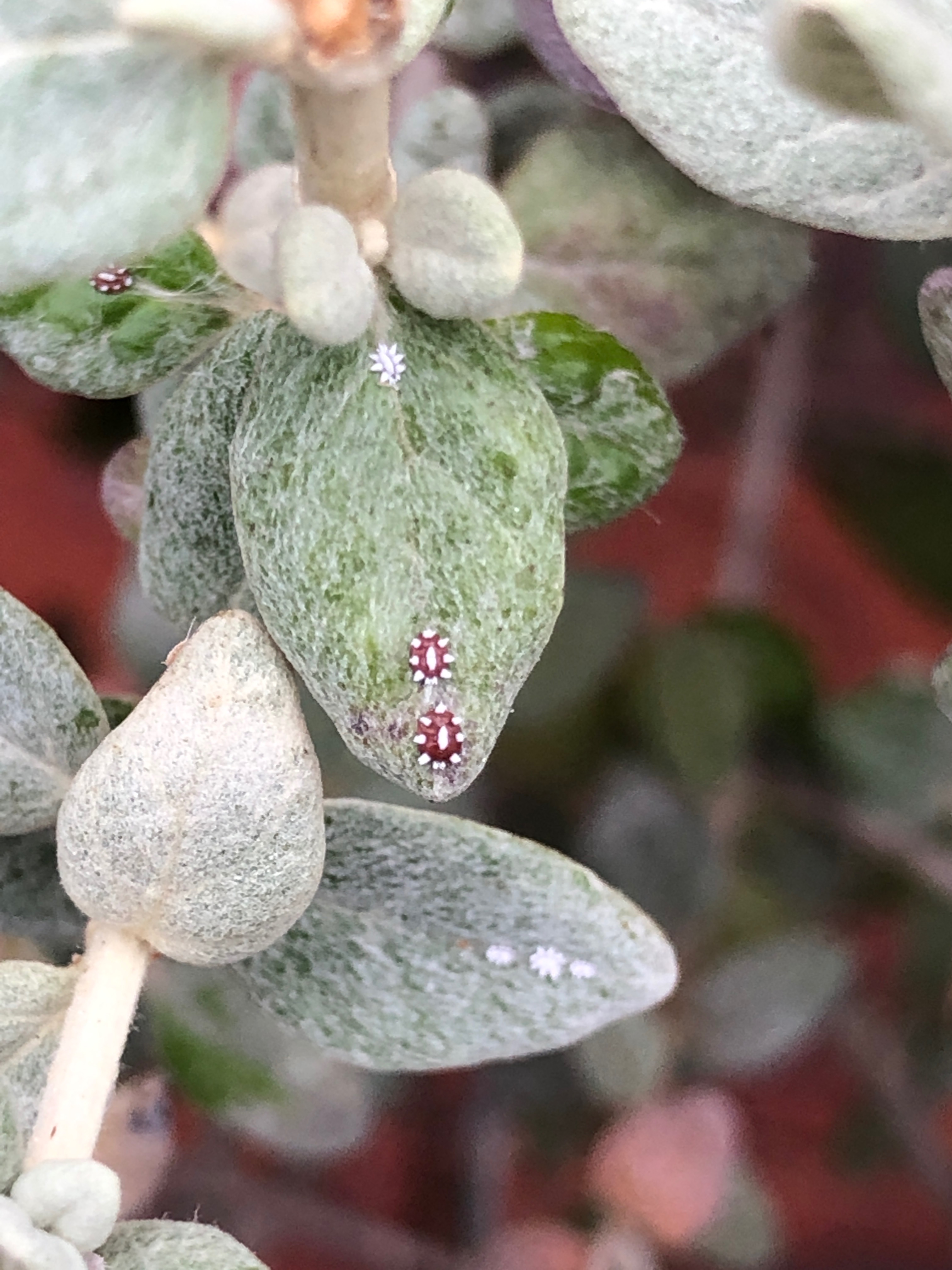 Also known as waxy scale, this type of scale is known to be ‘soft scale’. They are easier to see due to their build up of natural coating around them, which makes them harder to treat.

Wax scale are seen more often when the weather starts to cool down in autumn, and most commonly seem to cluster around the mid ribs of leaves. They can also be found at weaker points on a plant, such as a fork where branches divide.
This scale will also produce honeydew, a sticky substance they excrete which can be farmed by ants, and fungi start to grow on it causing ‘sooty mould’.

Healthy plants are less likely to suffer from insects like scale. Feed plants regularly, do what you can to improve the soil and make sure that plants are well watered.

Spray plants thoroughly (until they start to drip) with Nature’s Way Citrus, Vegie and Ornamental spray or Bugtrol. Repeat spray if necessary.

It’s an organic spray but, if possible, spray in the evening to avoid harming any beneficial insects in your garden. The best time to get rid of waxy scale in your garden is when the scale are juvenile and travelling between plants.

Don’t use oil-based sprays on ferns or fine-leafed palms. For these plants use a pyrethrum  spray.

Use a pyrethrum spray only in the evening to avoid harming beneficial insects in your garden. 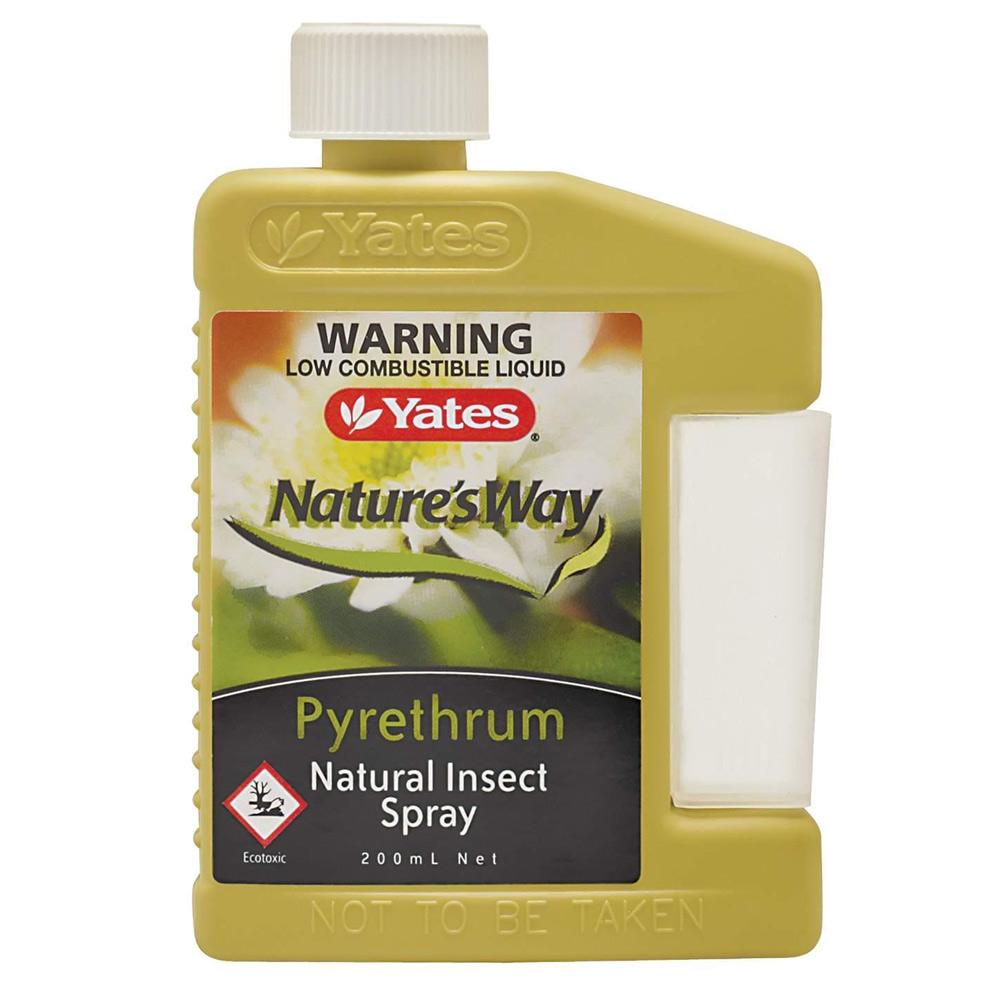 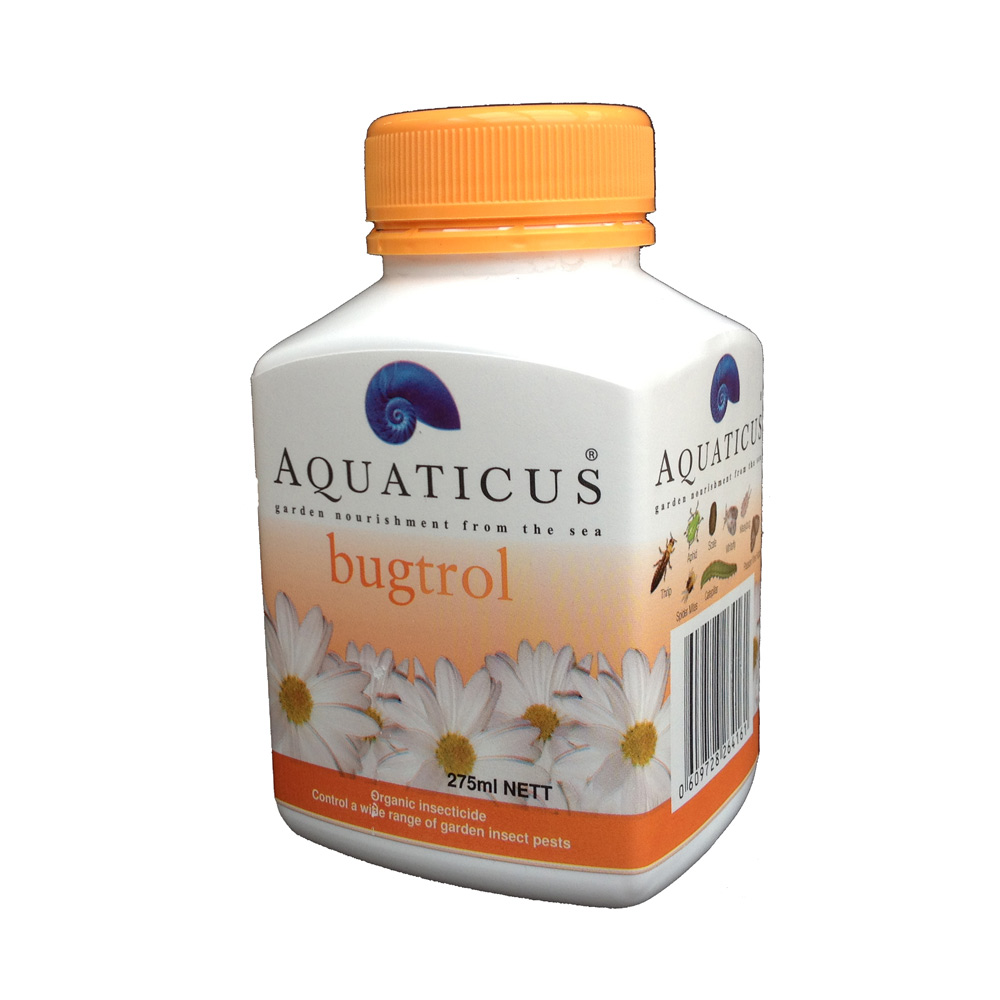