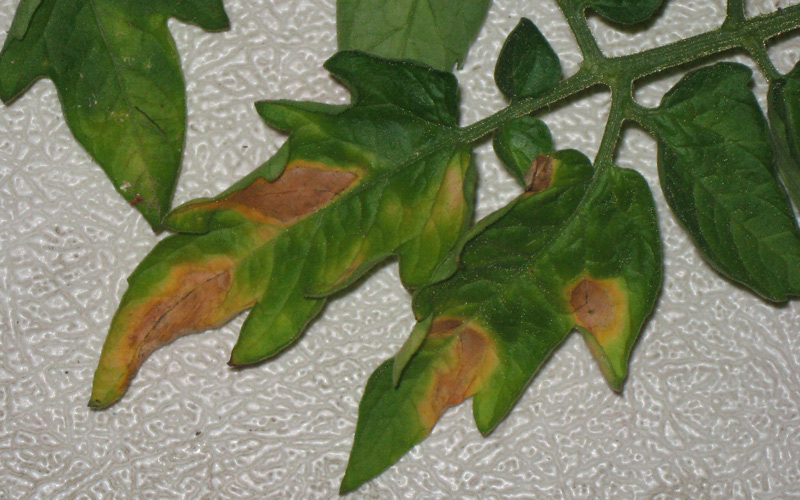 Blight on a tomato leaf 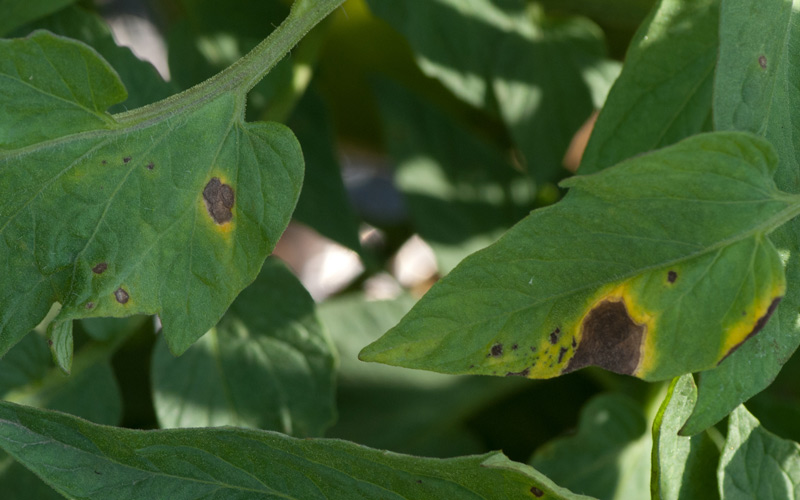 Early blight on a tomato leaf 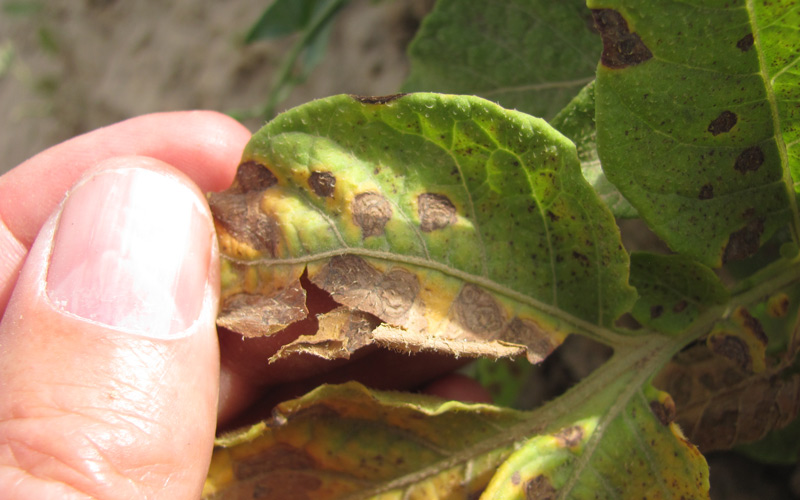 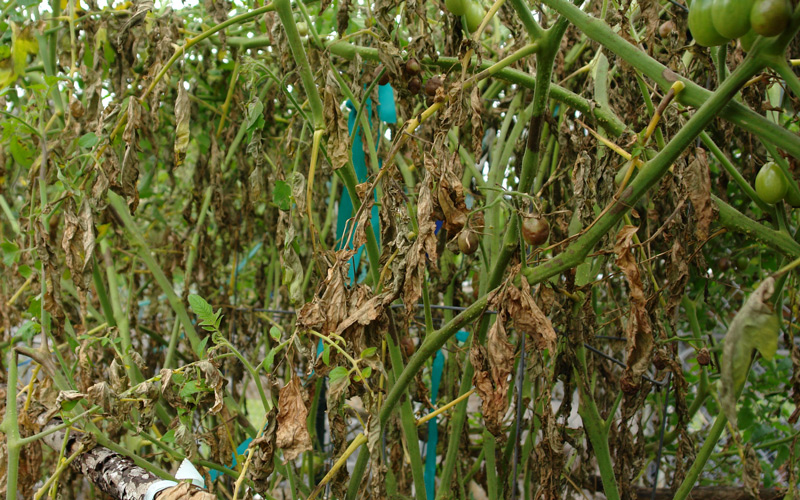 Blight on tomato leaf causing it to twist

These diseases primarily affect Tomatoes and Potatoes. They vary in seriousness. With early blight several treatment options are available, while with Late Blight (the blight behind the potato famine) it’s best to pull your potatoes or tomatoes out and dispose of the plant material (don’t put it in your compost). Early and late refers to when they are more likely to appear, however the two can appear at the same time.

Both disease can look very similar, especially in the early stages of the disease.

Rotate your crops. Plant potatoes and tomatoes in different beds to avoid increased risk of getting blight and other problems.

Healthy plants are less likely to be affected, so feed and water plants regularly to avoid them becoming stressed.

Reduce the humidity around the plant by watering in the morning and ensuring that there is good air flow around each plant.

Improve air flow around the plant by leaving sufficient space between each plant, removing laterals on tomatoes, and keeping beds weeded.

On a sunny dry day, remove and take away affected leaves and spray plants with liquid copper.

Spraying with copper 4 times a year is generally allowed under organic certification.

If it continues to get worse

Remove and bag up all the foliage and any tubers.

Don’t plant in that spot for at least one year. 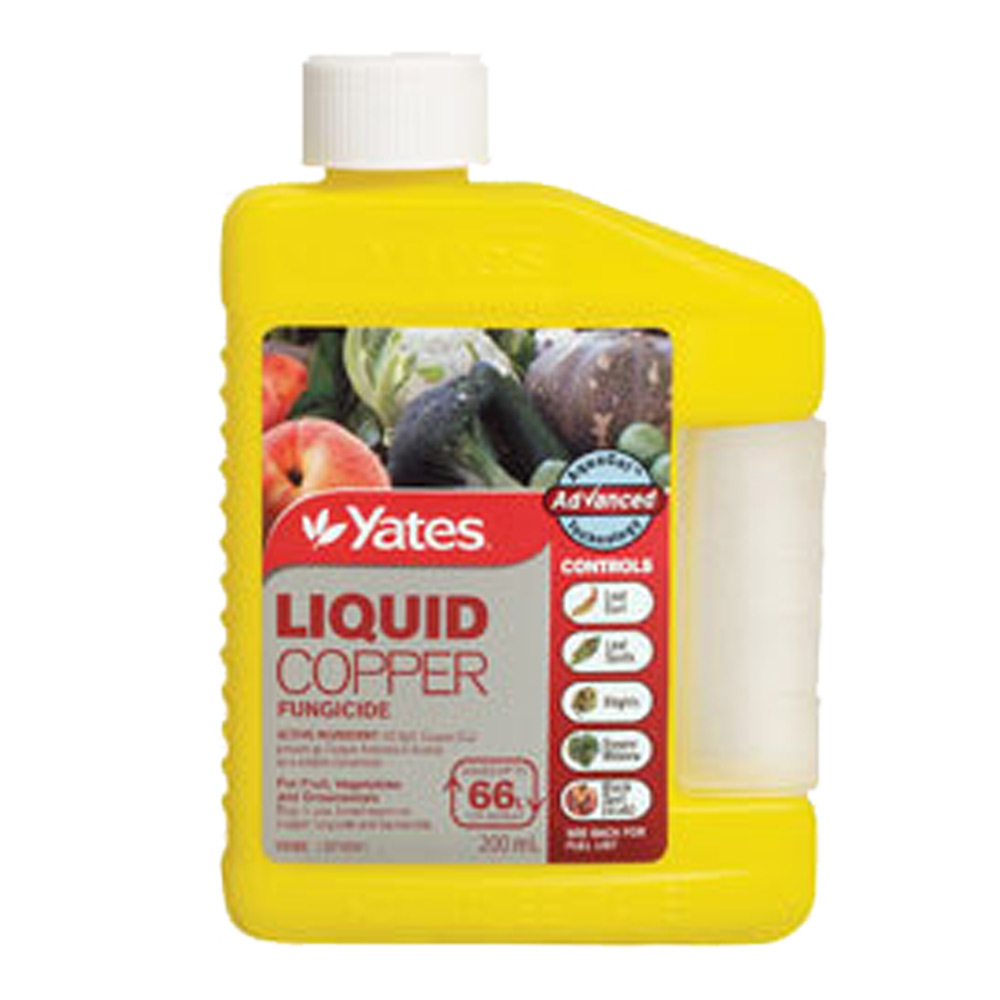 A copper based fungicide/bactericide solution for the control of various diseases of fruit, vegetables and ornamentals. An improved formulation over conventional copper fungicides.