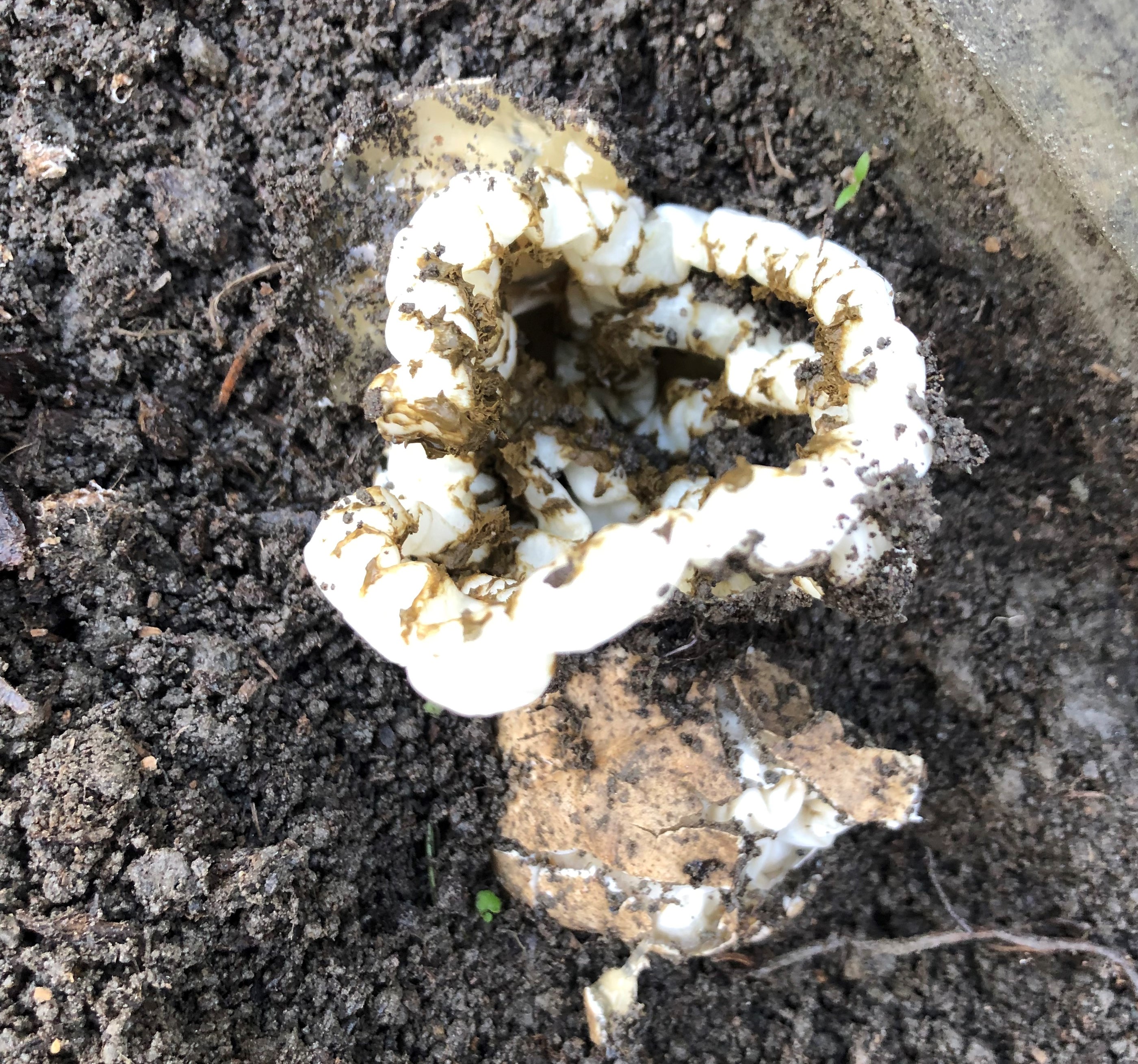 A young basket fungus, with another still in it's case on it's right

Basket fungus is a species of fungi in the Phallaceae, or stinkhorn, family. The immature fruiting bodies look somewhat like to an egg; the mature form is shaped like a round or oval ‘basket’ with white lattice-like branches. The basket may be anywhere between 5-25cm across, and its latticed branches about 1cm in diameter. The inner surfaces are covered in a stinky layer of brown slime (gleba) which carries the spores. The smell helps to attract flies and other insects, which disperse the spores.

Basket fungus is widespread throughout the country, commonly appearing after rain.

The fungus may grow on its own or in clusters on lawns, in garden soil, on woodchip piles and in leaf litter.

The smell of the mature fruiting body may be offensive to the nose, but the basket fungus is neither harmful nor poisonous, and can be consumed.

This is a saprobic fungus, meaning it breaks down non-living organic matter. It aids the decomposition of rotting material so that plants can use for nourishment.

Like other saprobic fungi species, basket fungus requires a consistent supply of dead organic matter to sustain its production. To prevent, remove any garden debris, stumps with dead roots and piles of hardwood mulch.  Remove the egg-like structures from the soil before they have a chance to mature into above-ground fruiting bodies (baskets). Mark the area where you have removed them, and check again for more immature bodies later in the year.