Soil: A Matter of Life and Death

Soil is the permeable boundary between life and death, between the Earth and the Sky. The soil beneath our feet isn’t just the inert and static remains of the weathered away Earth; it’s actually a vibrant and dynamic ecosystem full of minute particles of rock, water, humus, complex colonies of bacteria, webs of fungi, nematodes, and a whole host of larger creatures such as worms. 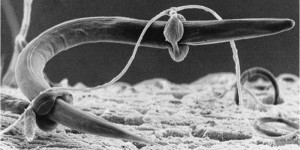 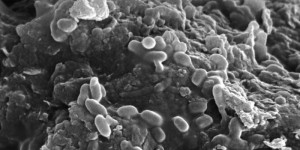 When our soils are healthy and full of life they make our lives as Gardeners easier as they help us to nurture healthy and disease-resistant plants. However, poorer depleted soils are less complex, less interesting and less productive. But while I find the vast complexities and brilliance of soil fascinating, even a basic understanding about what kind of soil you have, and how to work with it, can make gardening considerably easier. 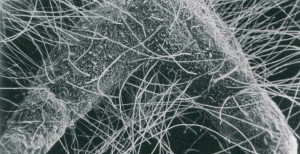 Close up of fungal hyphae

New Zealand soils are young, and as a result there are some mineral deficiencies found in most of our soils. Address these deficiencies by top dressing with Natures Organic Fertiliser, which is full of minerals and loaded with beneficial bacteria and fungi that will help stimulate the life in your soil.

Other ways to help nurture a thriving soil ecology include, adding worm castings and worm teas regularly (which you can create with the help of tiger worms and a worm farm), regularly adding your own home-grown compost, and by liquid feeding with Aquaticus Organic Garden Booster.

Both Aquaticus Organic Garden Booster and Natures Organic Fertiliser contain trichoderma, a beneficial fungi that colonises the soil around the roots of plants, promotes root growth, and helps protect the roots from a range of problems including root rot (phytophthora). Rootmate and Plantmate also contain trichoderma, helping promote soil, root, and plant health. 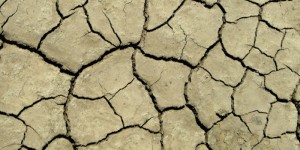 Clay particles are incredibly small and have a tendency to stick together. Heavier soils will regularly form a sticky gloopy mess in winter, only to turn into an impenetrable concrete over summer.

Yet despite being frequently reviled, clay soils can be great. They are often nutrient rich; however the poor structure means that your plants can’t take advantage of this. But by adding gypsum, organic matter (compost and sheep pellets), and by deeply aerating your garden beds you can slowly improve your structure. And the results can be impressive; within four years my Mum created a garden with lush, deep friable soil in an area that had previously had about an inch of topsoil on top of a hard clay pan. 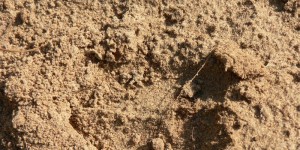 The problems faced by those on sandy soils are almost the exact opposite of those faced by people on clay. The large size of the soil particles means that they drain way too freely, nutrients leach away, and they’re hard to keep moist.

Yet oddly the solution is similar to clay’s. What you need to do is increase the amount of organic matter content in your soil, by adding composts and manures, which increases the water holding capacity of your soil dramatically and help create a structure that will resist leaching.

Gardeners that grow on volcanic soil are probably used to the jealous looks of other gardeners, as they effortlessly dig holes and grow plants in these soils full of useful minerals.

And at times this jealousy is understandable; lots of people that live on clay soils love avocados, but sadly they are more prone to phytophthora (root rot) in heavier soils. Whereas in volcanic soil it’s kind of a doddle,  for while drainage may at times be an issue, this can easily be addressed by increasing the amount of humus and beneficial microbe activity in the soil.

Increase the amount of humus in the soil by lightly forking compost and sheep pellets into your garden beds.